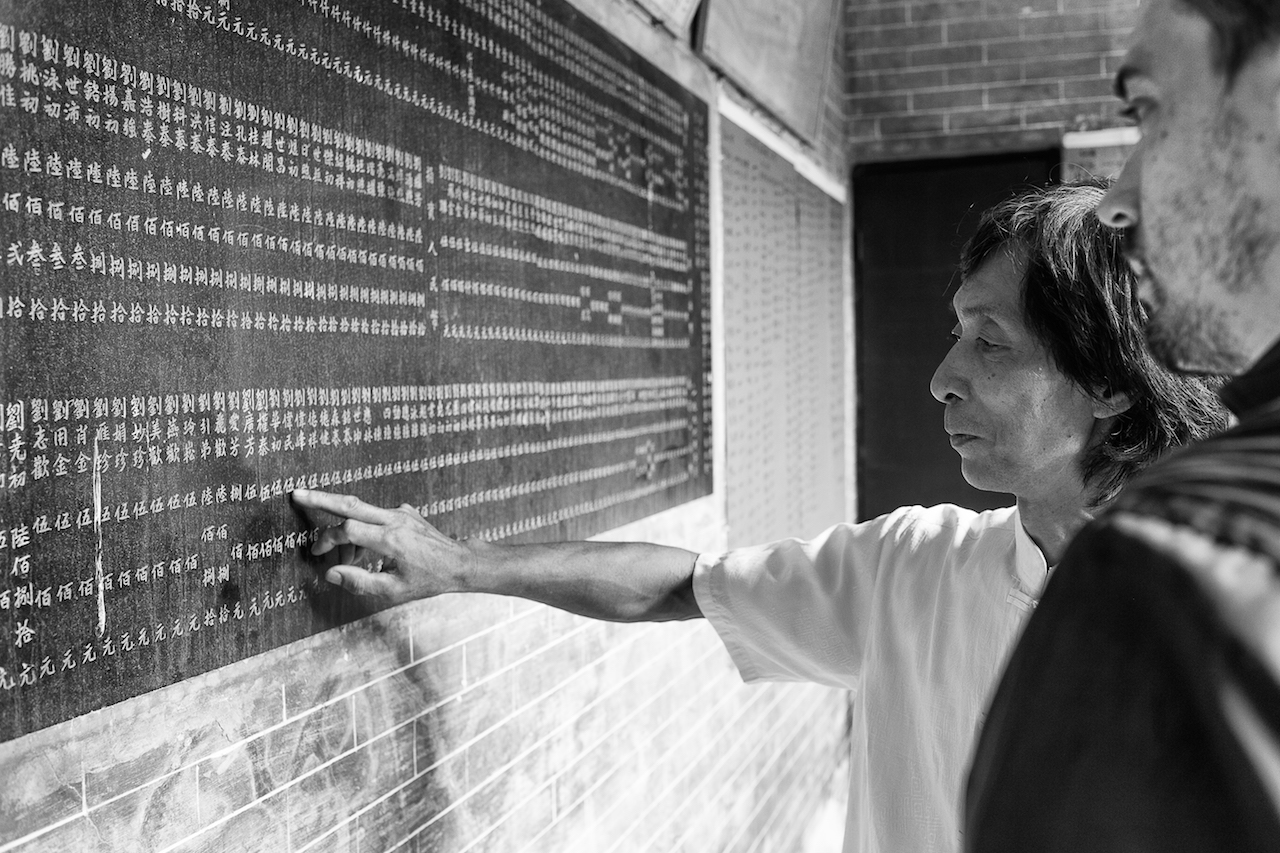 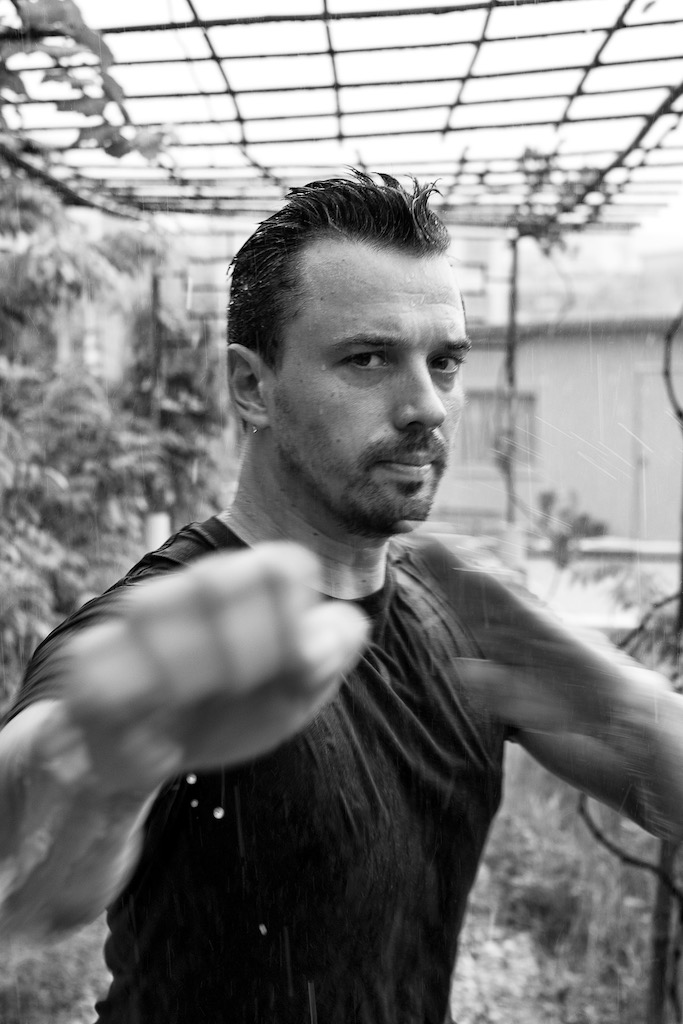 Far from considering the practice of martial arts as a leisure, I devoted almost all my time to it since I started practicing. The true meaning of this passion for China and martial arts, that I discovered when I was a child, came with practice. Consequently, I eventually decided to organize my life according to my quest for Kung Fu.

I started to practice Karate in 1990. Then, I tried different Kung Fu styles, such as Tang Lang, Hong Ga and the Wang family Taiji Quan without finding the style I was looking for. I was sharing the practice of Kung Fu and my search of an effective style with my friend Jonathan Barbary. And that is when, my quest for a genuine martial art led me to China.

After a first trip to Shaolin in 1998, I followed my father's advice and decided to learn Mandarin to have a better understanding of Chinese culture. This knowledge of Chinese language enabled me to settle in China in 2006 to pursue my quest for the Kung Fu style I was looking for. I discovered Lao Siu Leung Pak Mei in Foshan and was immediately won over by the technique, the ferocity and intelligence of this style. Those techniques are realistic and concrete, and their effectiveness and singularity are consistent with my conception of fight.

I have a special bond with Lao Wei San, who soared as a fair and virtuous man through his practice of Kung Fu. Every year, I spend more than a month in Foshan both to improve my practice and to share some time with him. He made me realize the need to combine exceptional martial techniques with benevolence. With Lao Wei San, I have the Master / Disciple relationship that I was looking for. He has now chosen me as the heir of his Kung Fu.

In order to adapt this practice to the Western way of teaching, as well as to be authorized to teach my martial art in France, I got the "Diplôme d’Etat de la Jeunesse, de l’Education Populaireet du Sport (DEJEPS)".

With the iron will to transmit my knowledge and to practice in the way of my masters, I opened my traditional Kung Fu school in Paris in September 2011. I chose to name the School "Lao Wei San Pak Mei" to honor my Sifu.

Since then, the notoriety of my school has never stopped growing since it opened, both in Paris and in Foshan. We perform Kung Fu and Lion Dance demonstration every year at the school of Lao Wei San.

Recently, I inspired the movement of the main character of “Sifu” the video game made by Sloclap. 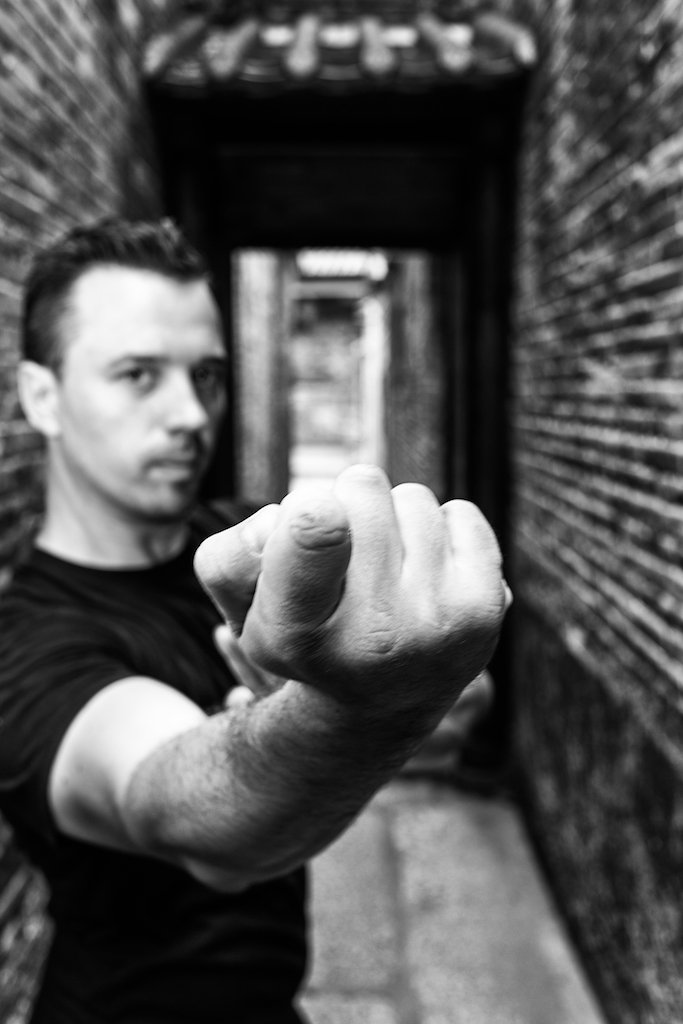 Siye Lao Wei San is originally from Foshan. He is the second son and heir of Tai Siye Lao Sieu Leung.

He kept secret his Kung Fu for many long years in order to focus on his career and family. In 2009, he decided to open his school to perpetuate Pak Mei and in honor of his father's memory.

Nowadays, Siye Lao Wei San has a peaceful life dedicated to the teaching of Pak Mei Kung Fu. Having an extraordinary level, he chose to share his knowledge of martial arts and ethics to a few disciples only.

In 2010, he created the Foshan Pak Mei Sport Association to gather Pak Mei schools that are the inheritors of his father's teaching.

Siye Lao Wei San had the pleasure to meet the disciples of his heir Sifu Benjamin Culos when he was invited in France in 2012.

On the 3rd of September, 2016, Siye Lao Wei San came to Paris to inaugurate the LWS Pak Mei School, and opened the Parisian branch of the Foshan Pak Mei Sport Association to strengthen the links between the Foshan and Paris schools. 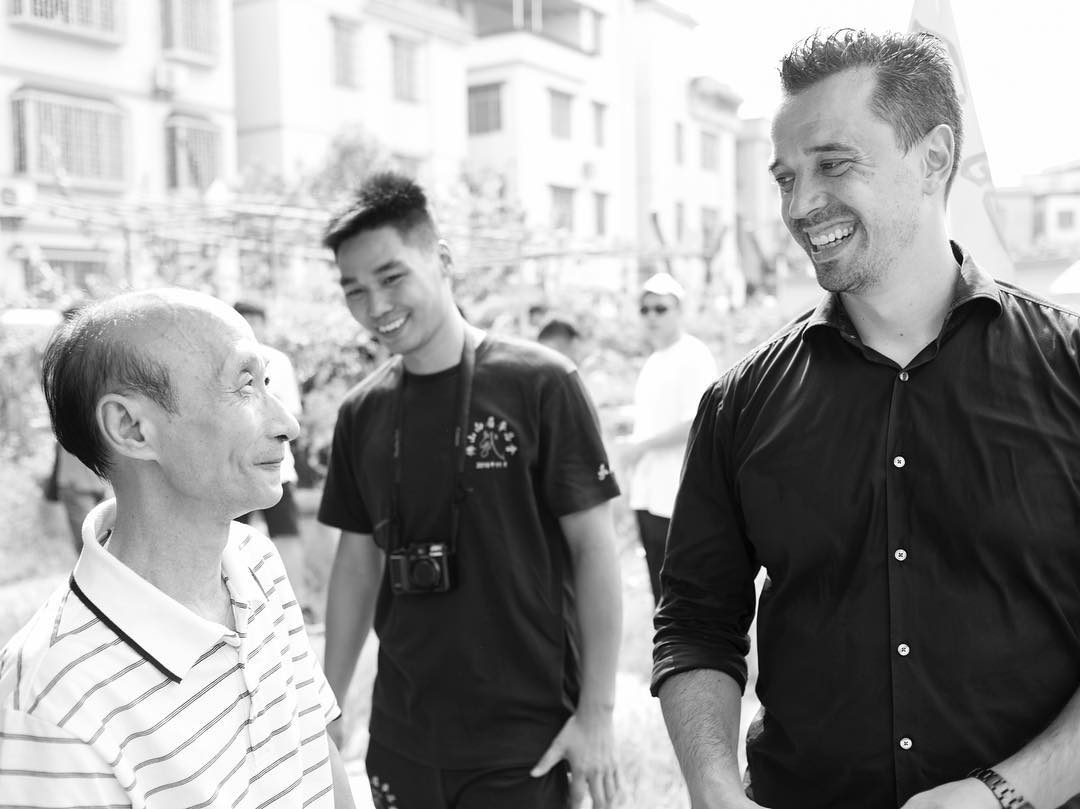 Sigong Lao Wei Kei is the first-born and heir of Tai Siye Lao Siu Leung. He began teaching Pak Mei as soon as 1978. The Kung Fu school that he created in 2003 was named "Lao Siu Leung Memorial", in honor of his father.

Very close to his brother Lao Wei San, he shares with him the passion of Kung Fu and a will to perpetuate the Pak Mei of their father.

Sigong Chan Yau Man is one of the first disciples of Lao Siu Leung, and one of the few that were recognized Sifu by him. As he is very requested, he has accepted to teach Pak Mei only to a few disciples.

Sigong Chan Yau Man is first a Master in Lion Dance. His team of dancers won twice the China Lion Dance Championship, and for many years, has been performing in the memory of Wong Fei Hung (a renowned Master of Kung Fu and medicine practitioner) in the Foshan Ancestral Temple.

The reputation of Sigong Chan Yau Man's Lion Dances spreads beyond Foshan, all over China and the world. His team was invited to give a demonstration for the Beijing Olympic Games in 2008, and to be the ambassador of Chinese lore in many countries, such as Japan, Korea, Thailand, Arab Emirates and France. 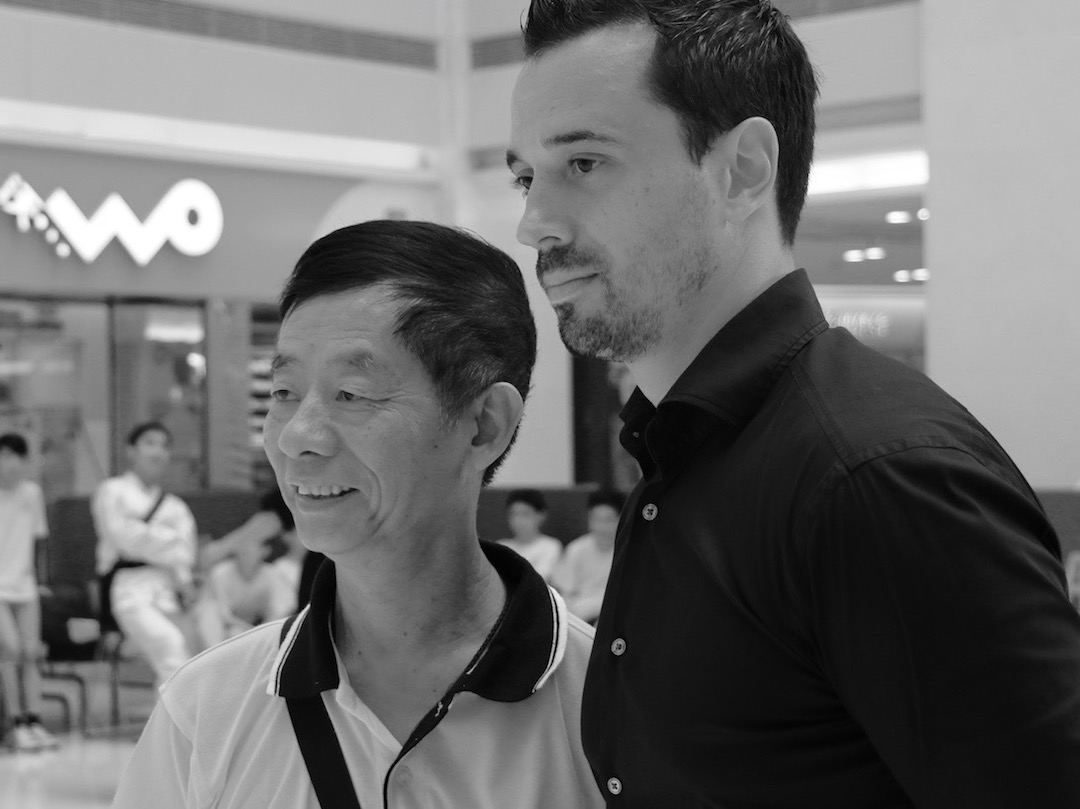 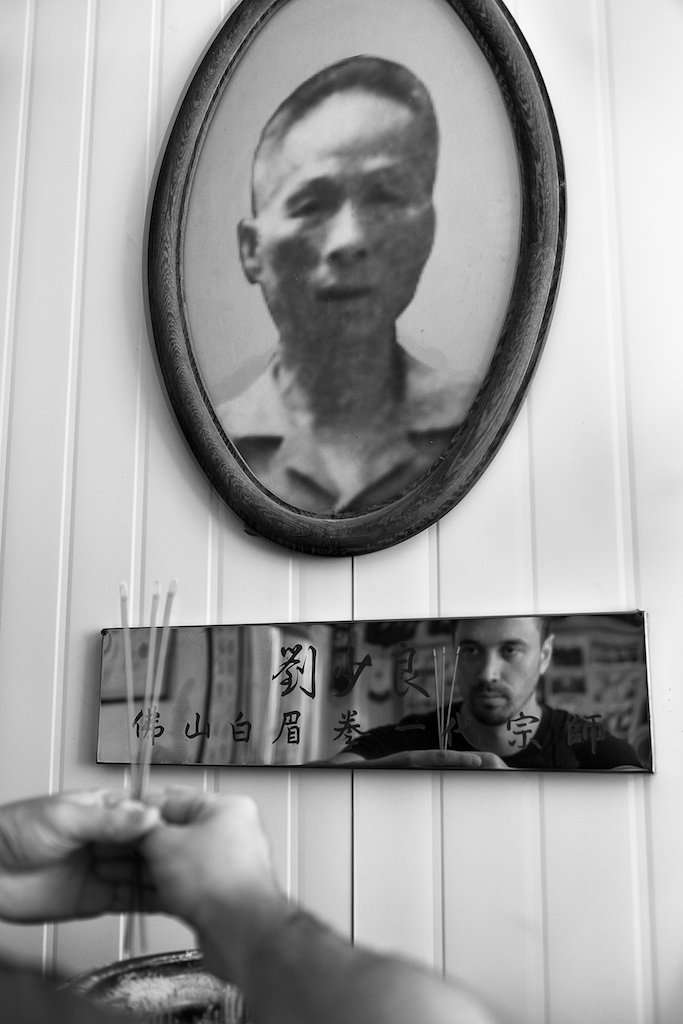 Tai Siyé Lao Siu Leung was born in Foshan and learnt Pak Mei in Guangzhou, where he spent a part of his life. In 1965, he came back to his hometown where he began teaching his Kung Fu.

Tai Siyé Lao SiuLeung was rapidly renowned both for his level of exception and the effectiveness of his style. Many martial artists asked to become one of his disciples.

During the Cultural Revolution, he was compelled to teach his art secretly, as he was in threat of imprisonment like most of the Kung Fu masters at the time. He taught his whole knowledge to his two sons and heirs Lao Wei Kei and Lao Wei San, before dying in 1977.

Tai Siyé Lao Siu Leung remains a famous master, whose extraordinary level, rigor and equity are the subjects to praise.